The Biden Plan Won’t Get Us To Net Zero, Here’s How They Can Fix It

In this article we provide a review of the Biden Administration’s Infrastructure Plan and recommendations for accelerating carbon removal in the United States. 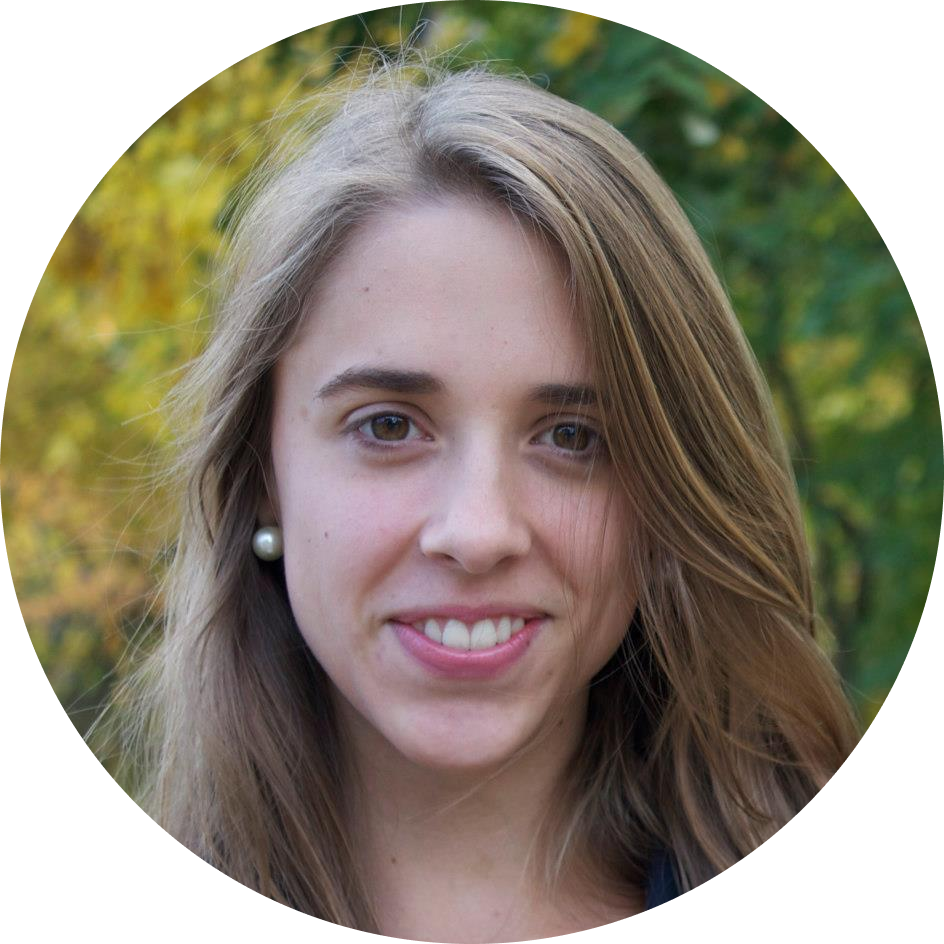 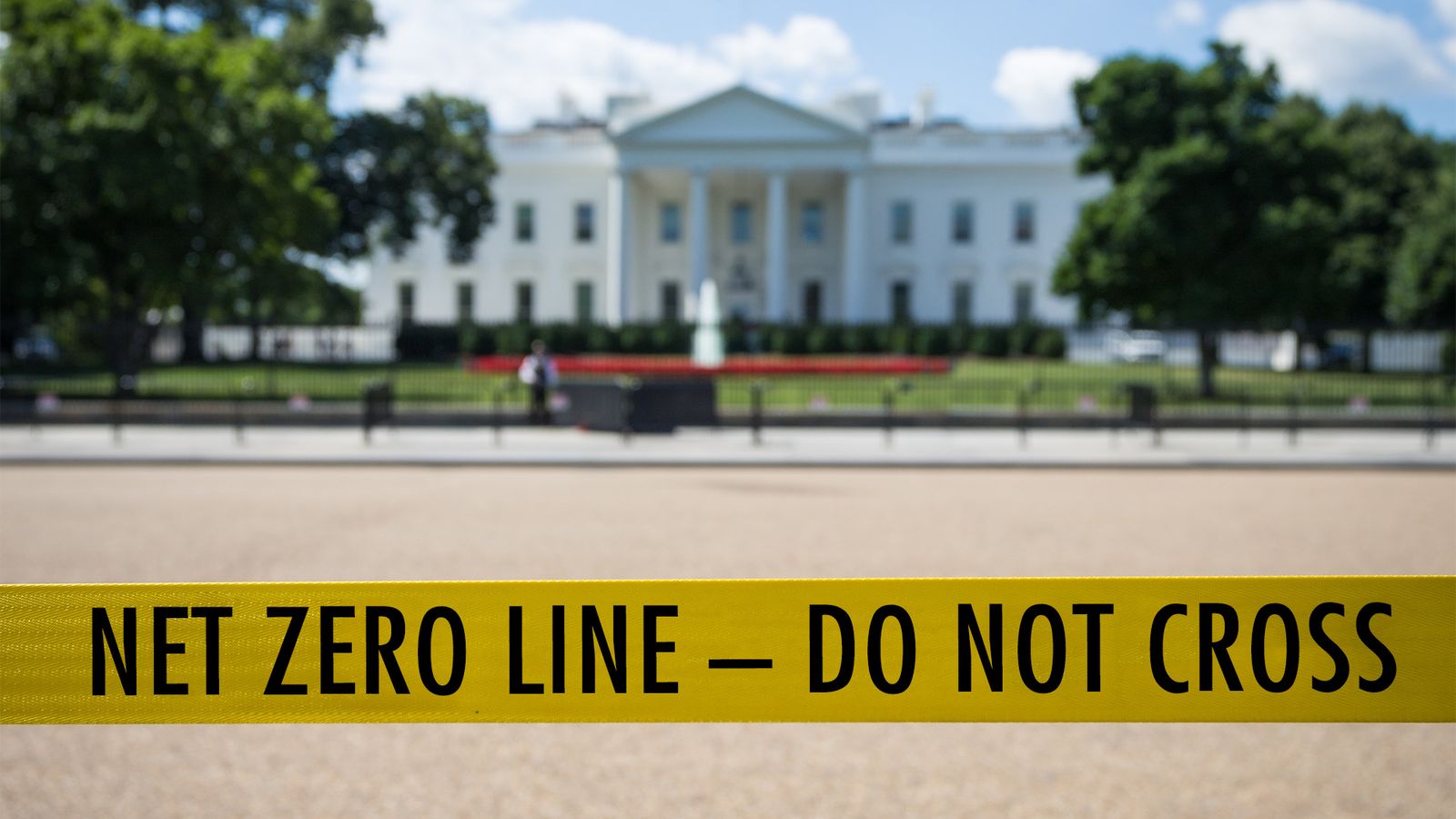 The Biden Administration has been determined to put climate leadership back on the US’s agenda after four years of regressive federal policies. In April, it announced a goal to achieve a net-zero economy by 2050 after publishing the $2.3 trillion American Jobs Plan, usually referred to as the Infrastructure Plan. or “the Plan” throughout this article. Initially, it had traces of the campaign’s Climate Plan with calls to embed climate resilience by cleaning up our energy sources and through carbon removal.

The Bill, already reduced from $3.5 trillion to $1.85 trillion, sheds all measures to incentivize and promote carbon removal.

The social and climate proposals in the original American Jobs Plan, are now part of the budget reconciliation bill is expected to be used to fund domestic social programs. The Bill, already reduced from $3.5 trillion to $1.85 trillion, sheds all measures to incentivize and promote carbon removal. The Plan has now been reduced to the following proposals:

“$555 billion invested in supply of renewable energy is not enough to meet the Administration’s aggressive goal of net-zero emissions by 2050.”

While incentivizing renewable energy generation and strengthening the supply chains that support it is crucial to keep lowering the barriers to a clean energy grid, $555 billion invested in supply of renewable energy is not enough to meet the Administration’s aggressive goal of net-zero emissions by 2050.

At Recapture, we are advocates for climate solutions and recognize that we don’t only need emissions reductions or clean sources of energy, but also carbon removal, to decarbonize the economy. Direct air carbon capture (DAC) technologies remove carbon from the atmosphere to either permanently store it in deep saline, basaltic rock, and peridotite formations or use it for enhanced oil recovery to (EOR) by injecting carbon back down into oil wells to recover more oil.

What Do We Cover?

In this article we explore the implications of the Plan for companies interested in removing their carbon emissions using DAC. We found three areas of the Plan that, depending on how they are structured, could help advance building the infrastructure for DAC:

1. Goal of an electric grid from 100% carbon-free power by 2035
2. Expansion of the 45Q tax credit for carbon capture, utilization and storage (CCUS) projects
3. Investment of $35 billion for climate technology research and development

While the Plan is vague on how it would employ those policies or spend the research funds, below we present ways in which the Plan could be enacted to leverage the opportunity to change our energy system, and how we think about “carbon-neutrality”, through the enablement of carbon removal.

Use The Spending Legislation Hack

In order to enact a mandatory Federal Clean Electricity Standard, the Administration may opt to use a budget reconciliation strategy, a maneuver for passing tax and spending legislation that only requires a simple majority vote in the Senate. To do so, the standard will have to be framed as a tax and spending legislation which could take the form of credits, rebates, fees or a combination of the three.

By allowing utilities to meet the proposed 100% pollution-free energy standard through a market-based strategy in the form of clean energy credits, a market for carbon emissions reductions and removal would be created.

Generally, market-based mechanisms tend to have bipartisan support for addressing public goods challenges. These mechanisms are efficient in addressing climate change because they allow utilities to achieve zero-carbon pollution energy in the form that makes the most sense for them: change sources of energy or capture carbon at the pipe. Utility providers would make internal changes until the cost of doing so is equal to that of purchasing a clean energy credit that is generated in excess of the goal from another utility. If utilities were also able to reach the goal by accounting for carbon removal from DAC, it would create a market for credits generated from this technology and a path to its scalability.

On the other hand, DAC is an energy-intensive technology. To be truly a net carbon-negative solution, the energy inputs for powering the system must be renewable. Meaning carbon removal and drawdown go hand-in-hand and should be scaled throughout the economy simultaneously. Any policy referring to DAC as a means to generate clean energy credits would have to account for the net carbon footprint of the creation and construction of the facility itself.

Expansion of the 45Q tax credit for CCUS projects

The 45Q tax credit for carbon capture, utilization and storage (CCUS) should be adapted to support emerging technologies. The 45Q tax credit was originally enacted to lower barriers of entry for carbon removal at coal and natural gas power plants (flue gas carbon capture) using an earlier technology, which results in emissions reductions or avoidance. To reach carbon neutrality, however, we will also need to remove carbon that is currently in the atmosphere contributing to climate change through DAC.

The 45Q Threshold Is Too High

Currently, there is a threshold of 100,000 tons of carbon removal to apply for the credit, which was originally set for flue gas carbon capture. However the largest DAC facility to-date, Climeworks’ Orca plant, has a capacity of 4,000 tons per year. Thus, to make the credit more accessible to scaling the number of DAC facilities and remove carbon from the atmosphere, the threshold should be reduced to about 4,000 tons of CO2 per year.

The Biden Administration announced the goal to achieve a net-zero economy by 2050. To meet this goal, we will need to remove about 2 gigatons of CO2 every year, the equivalent to 500,000 Orca plants. However, we still don’t have appropriate or sufficient incentives in place for DAC implementation at that scale.

Compared to industrial flue gas carbon capture, DAC as a standalone facility has higher costs because the technology is not as mature. A DAC facility is expected to have a capital cost of $860M to $1.3B for only 1M ton CO₂/year, or a cost of $94 to $232 per ton of CO2. Without an established market for carbon, increasing the value of a credit for the geologic storage of carbon (now at $50/ton) would help support the widespread commercial deployment of DAC.

Fortunately, in response to these limitations, and to increase access to federal finance for CCUS projects, the Senate has introduced a bipartisan bill that would increase the tax credit from $50 to $120 for carbon stored in saline formations and would reduce the eligibility threshold of the tax credit to 10,000 tons of CO2/year captured by DAC, which may still not be a low enough threshold to make smaller facilities feasible.

To achieve economies of scale, the industry will have to overcome the high costs of infrastructure buildout. The SCALE Act, another bipartisan bill, is meant to provide a federal financing mechanism for CO2 transport and storage infrastructure to reduce the cost of entry into the industry and drive its competitiveness.

Investment of $35 billion for climate technology research and development

“...of the $15 billion spent on demonstration projects, none will employ DAC. The US will not be able to reach the net-zero goal by 2050 without commercial DAC widely available.”

DAC Should Be A Public Good

New technologies for “public goods”--such as removing carbon from the atmosphere--suffer from the inability to capitalize on private returns. Without a market for carbon (and a price), public spending may be more appropriate in this case. The US will not be able to reach the net-zero goal by 2050 without commercial DAC widely available and the current spending package doesn’t get us close. All in all, the bipartisan infrastructure package earmarks more than $8.58 billion for carbon capture and removal and over the next five years, $3.5 billion would go toward building four facilities each capable of capturing down at least 1 million metric tons of carbon dioxide annually. But until the federal government passes regulation to wean the US economy off fossil fuels three DAC facilities isn’t going to cut it. We’re still 1,996 facilities and $1.9 trillion short of sequestering 2 gigatons per year permanently. That said, US Federal spending can get us there by:

1. Investing heavily, about $150 million per year, in R&D, increasing to $1.3 billion by 2030, with further increases as the technology scales to help bring down capital, manufacturing, and operational costs faster;

2. Piloting DAC facilities through the US military to test novel components, systems, and inputs, as a way to facilitate its commercialization to scale pricing;

3. Enacting standards that separate drawdown from carbon removal to account for much needed two-pronged spending in both areas;

The US government has invested in $2.76 trillion physical capital directly since the 1940s. These includes projects like procurement, military construction, family housing for the Department of Defense as well as major equipment, construction and rehabilitation of atomic energy physical assets. The point of this or any government investment is to generate a return for the economy. With the idea being that building roads and bridges; water supply and sewers; seaports and airports; schools and hospitals; plants that generate electricity, like hydroelectric dams or windmills; telecommunications facilities; and weapons used by the military can increase the output and productivity of the economy. An economy with reliable roads and electricity will be able to produce more.

To put current spending in perspective, defense spending for major public physical capital in the US amounted to $183 billion in FY2020 alone. Comparatively, as of 2018, the federal government had spent only a total of $154 billion for federal climate change activities, spread across the government over 25 years — less than what is spent in one year on defense.

While the Infrastructure Plan outlines a number of strategies to decarbonize the economy, without a market for carbon, DAC will not be a scalable solution for addressing emissions in sectors that are harder to reduce. The success of the Plan in decarbonizing the economy hinges on being able to make standards mandatory and supporting investments in CUSS through incentives that are appropriate to where DAC is in its path to scalability. Then, investors will have an incentive beyond a tax credit to invest in DAC to participate in a carbon trading program. Energy utilities, on the other hand, will have the option to opt for the most efficient means of reaching the 100% clean energy goal, whether it is switching entirely to renewable sources or pairing renewable energy with carbon removal.

For companies that are not in the energy sector, but are interested in reducing their emissions or even reaching a net-zero emissions goal, a decarbonized economy would mean their Scope 2 emissions (from purchased energy) would indirectly be reduced zero. With an expansion of DAC as a public good, they would have access to more affordable and transparent carbon credits through the removal of their carbon from the atmosphere.

While the voluntary market for carbon credits has been growing, if the three goals mentioned earlier are enacted, it could mark the beginning of the US’s race to decarbonization---creating a market for carbon, and lowering the barriers of entry as well as risk for investors looking to grow the infrastructure of direct air capture.

María Elisa Vollmer is an applied economist who is currently using artificial intelligence to bring transparency to carbon prices at Viridios AI and is a former Corporate Emissions Associate at Recapture. She earned her Masters in Applied Economics from George Washington University and a Bachelor of Science degree in Environmental Policy and Planning from Virginia Tech. Being born and raised in Venezuela, María’s diverse background is a reflection of her interest in the policies and economics behind smart and responsible development.